What Do 5G Networks Mean for Mobile Business Users? 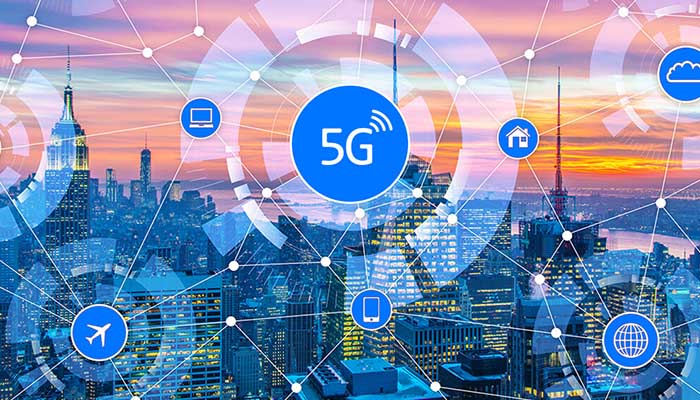 The next great advancement in mobile wireless technology is upon us; the highly touted 5G network. Why are people so excited about 5G technology, and will it live up to the hype?

Only time will tell if 5G networks can deliver on their promises, but the potential for this powerful network to change the way people do business is very real.

The Evolution of Wireless Mobile Technology

In order to explain exactly what 5G technology is, it is helpful to know just where it came from.

These communication standards all began in the late 70’s and early 80’s with 1G networks utilizing analog communications. This involved the introduction of centrally controlled base stations to provide cell service to a given area.

In the 1990’s the second generation was born, introducing the first digital network, known as 2G. The main difference here being the development of digital transmission allowing for faster connection of mobile phones to the network signal.The second generation also saw the introduction of SMS text messaging.This considerable advancement sparked a tremendous boom in the prevalence of personal cell phone usage.

3G wireless technology started being implemented in the mid 2000s, which included the integration of IP data to cellular networks. Cell phones became capable of streaming audio and video content from the internet. I probably don’t need to tell you that this progressive feature marked a huge explosion in mobile phone usage.

The growing demand for data download and streaming capability triggered the development of fourth generation technology, which concentrated on providing greater bandwidth and enhanced functionality for mobile users. The major difference in 4G technology was an IP focused network that treated phone calls like any other streaming of audio media, introducing VoIP technology.

5G refers to the fifth generation of wireless communication standards. The long, slow process of making 5G networks available is finally coming to fruition. 5G networks are currently available in select cities in Canada and the US, but only on specified devices. Disputes over whether 5G technology should be provided on stand-alone networks persisted until the standard was finalized in 2018 by the 3rd Generation Partnership Project, the body that governs the rules regarding wireless connectivity.

Since 5G networks are stand-alone, only compatible smartphones like the Samsung S20 series will have the ability to connect.

5G networks are designed to provide business users with several advantages over the 4G standards. Some key benefits include:

5G networks can deliver 10 times greater speeds than the current 4G networks are able to offer, and eventually may provide up to 100 times more efficiency. This allows users to download content at a significantly higher rate, which can be very useful in business meetings or on the go applications. Transmission speeds for 5G can provide users with up to 20 Gbps. By relying more on the functions of the cloud, smartphones will require less dependence on internal memory, data storage, calculation. This frees up more processing power for other functions.

5G networks also implement a feature called network slicing, which allows the creation of virtual networks, or subnets, to improve performance for specific functions. This can be very useful in the workplace, assigning greater priority to more important tasks.

Latency refers to the amount of time that transpires between the time a demand in inputted into a device until the time that demand is carried out. Latency times for 5G networks will be 10 times less than 4G networks to reduce and even eliminate lag time and delays.

This significant reduction in latency opens the door to a wide range of remote functions that can be performed in real time. An applicable example would be the ability to control autonomous machinery from a remote location with your mobile device.

As you can see, the potential power of 5G networks could lead to the innovation and advancement of a variety of new useful technologies.